Treat Fear as a Both/And Situation 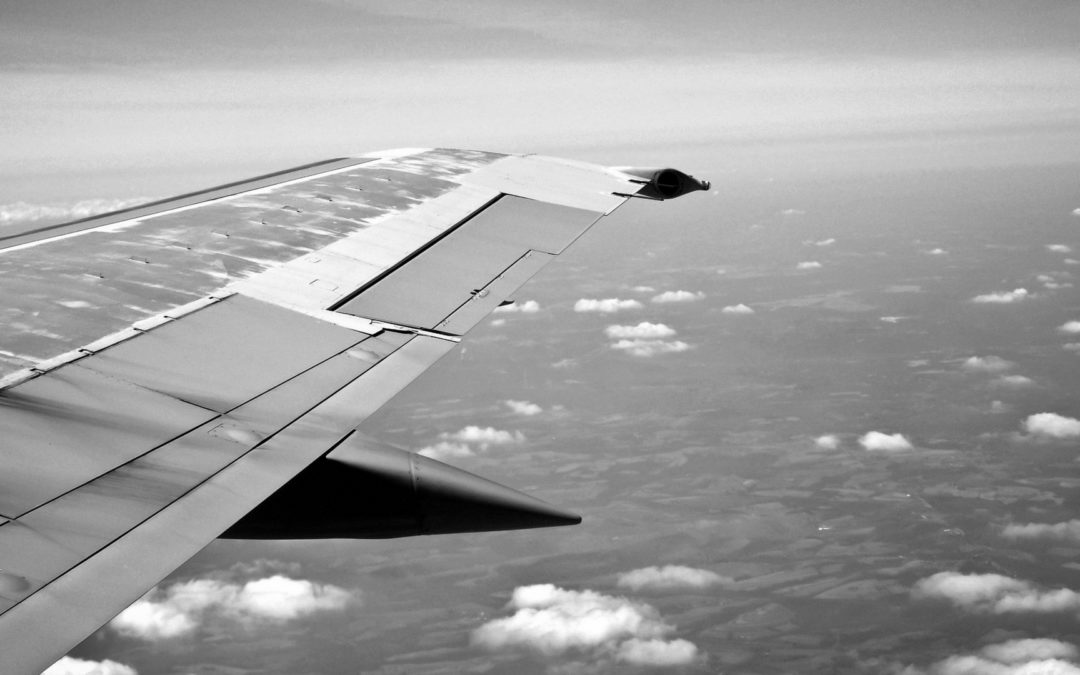 My spring travel season has started, so a couple weeks ago I traveled to San Francisco. This week found me on a plane to Houston. In a couple more weeks, I’ll be flying to New York. Then from New York to Atlanta. And then a week or so after that, I’ll be in Chicago.

Face-to-face conferences are a really important component of my job. They help me to network, share research results, learn about the latest trends in my field, and get some space away from the office to just think and plan.

I used to be an okay flyer. I even kind of enjoyed flying because it felt very adult and sophisticated to travel for work. Then I had a really rough flight coming into Denver with lots of turbulence and several attempts to land the plane. It shook me up.

I’ve struggled with plane travel ever since.

I think the main thing that bothers me is the fact that my safety is not in my control. I’m a person who really enjoys being in control. I also don’t really like the idea that once I’m on a plane, I’m basically stuck there for the hours it will take to get to my destination. I don’t like that I can’t move around. And then there’s the other people. As an introvert, being in crowds is not my favorite thing.

Recently, I felt like I had conquered my issues with flying. I knew I would be traveling more for my current job and so I intentionally worked on re-framing flying for myself. I thought about it as a quiet space to think. I rewarded myself for flying by only playing certain games on my phone when I was in the air. I used the time in flight to catch up on podcasts. My introvert-self really liked this re-framing.

Then I had another bad flight.

This time it was from Louisville to Orlando with 45 minutes of turbulence and shifts to 7 different altitudes to try and get to better air. I sat next to a very nice lawyer and we talked each other through it, but it was hard. I didn’t get sick on the flight itself (thank goodness), but I was up half of that night as my body processed the stress and adrenaline of the situation. It’s like my body was telling me “please — let’s not do that ever again.”

But here’s the thing: I can’t not fly.

Not only is flying a requirement of my job, but it’s part of modern living. As much as I might want to travel by train or car for the rest of my life, it’s just not reasonable to think I can do that (aside from the fact that car travel is actually more dangerous than flying). Perhaps most importantly, I don’t really want to limit myself in that way.

So now I’m re-framing again. And, so far, it’s helping.

I’m acknowledging that fear is a both/and situation and not an either/or.

In the past, I might have thought the following:

See how fear becomes the excuse for not doing and feeling things the way I want to?

Here are those things re-framed:

The more I think about this, the more I realize how it can be applied to other areas of my personal and professional life to make sure that fear is not stopping me from moving forward.

When we think about fear as an either/or situation, we focus solely on keeping ourselves away from uncomfortable situations. We avoid, we dodge, and we run away. We worry in really unproductive ways. Fear as a both/and scenario, however, allows the fear to co-exist with all the other more positive things that we want to do and feel.

Here are some more examples:

By re-framing fear as something that can happen simultaneously to the more comforting thoughts and feelings that I have, it becomes easier to acknowledge it for what it is and to let it go.

I was able to practice this earlier this week when I had about 45 minutes of turbulence on my way back from Houston. Rather than focus on my fear, I turned on some rock music and started to dance a bit in my seat. (Thankfully it was a night flight and all the interior lights were off, so I had no need to worry about how others might perceive my mid-flight dance party…)