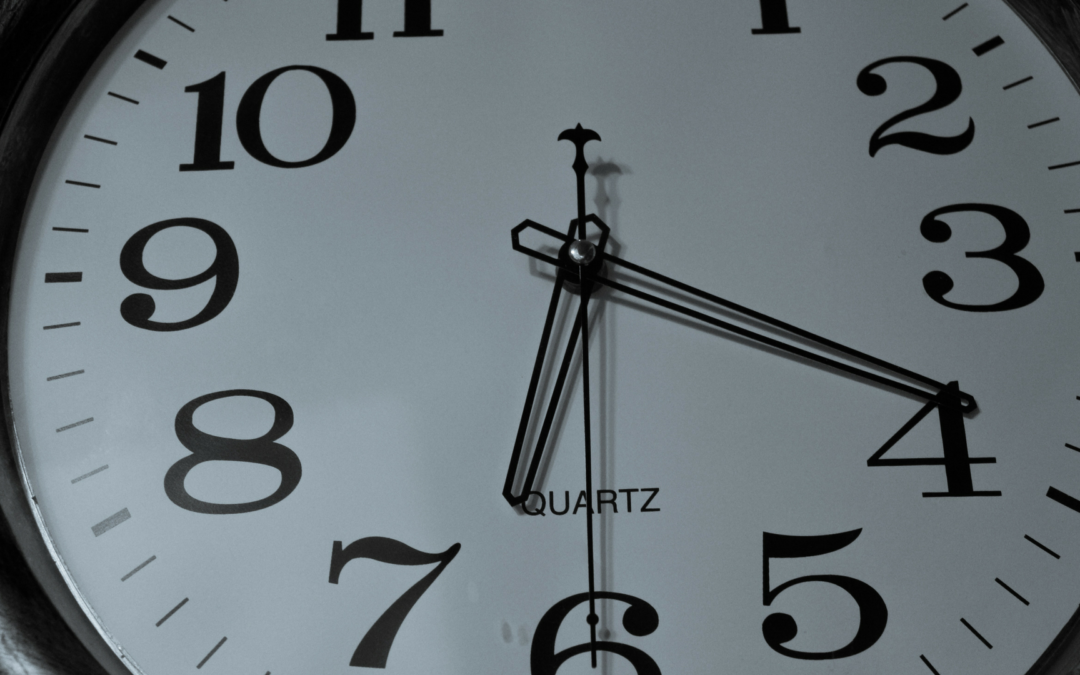 Recently, I was listening to an Invisible Office Hours podcast episode on the topic of fear (you can find all of the episodes here and I highly recommend them). One of the hosts, Paul Jarvis, explained how he often “schedules bravery” as one response to fear, and particularly the fear of sharing something with an audience.

In Paul’s case, he described how he schedules his weekly newsletter well in advance so that he doesn’t have to work up the courage to click send every week. He talked about how if he didn’t schedule this in advance, he didn’t think he would be able to do it at all.

As someone with a weekly newsletter that I also often schedule ahead of time, I could certainly relate to this. This is also true of many of my podcast episodes since they are frequently scheduled in advance and released weeks, if not months, after their original recording date.

(Academic publishing is the same. By the time the article or book is actually available to the public, it’s usually months away from when I actually wrote it.)

That kind of scheduling allows me some necessary distance from my content.

Most importantly, I’m realizing that scheduling out content in advance means that my audience will get to see a more genuine, true, and authentic version of me, even if it’s not in real time. I’ve found that scheduling content gives me the courage to be a bit more vulnerable and honest because by the time I’m sharing it, it’s possible those feelings or whatever situation I’ve described has already passed. This was true, for example, with a podcast episode I recorded on imposter syndrome.

But this concept of scheduling bravery also hit home with me because of another reason.

In early August, I will be launching something I have never done before. It’s very experimental for me and, to be entirely honest, I’m a bit afraid to do it.

I think the scariest part of this new thing is that I’m going to directly ask people to buy something that I’m selling. I’m going to be asking people to trust me and to purchase a product that is entirely based on my own credibility and expertise.

(I’m not going to offer many details at this point since I’m in the final stages of completing quality assurance tests, but since you’re signed up for this newsletter you will be among the first to know about my latest project.)

Now, the obvious question: how is this different from asking people to buy my books?

And I’ve been thinking about this — a lot.

It turns out that it’s gotten easier over time for me to share about my books with people, in part, because they are backed by a publisher. I feel like the trust that goes into purchasing a book is shared in some way with my publisher, who is also lending their credibility and expertise to help market the book.

So this is where the scheduling bravery piece comes in.

It took me quite some time to decide when exactly I would launch this new thing, but I knew that having a deadline for the launch would help me to work backward in my planning.

What I didn’t realize at the time was that I was also scheduling my bravery.

By setting a concrete date in the future to share this new thing, I’m now able to settle into the idea that it’s going to be “out there” for people to see and react to.

I can use the time between now and then to build up my confidence. I’m also conducting what Tara Gentile calls a “pre-mortem” to try and figure out all the things that could go wrong before I launch, so that I can try and mitigate those issues as much as possible.

When I talked through the pre-mortem with my partner, we discussed how to make sure the automated emails were functioning, check that the payment system works, and prepare the social media marketing and get it scheduled in advance.

Then he asked the dreaded question:

How do we prepare for no one showing up?

My response was immediate. I told him if I worried about that, I wouldn’t ever create anything new. I would never send newsletters, post blogs, create podcast episodes, write articles, or publish books.

As scary as it is to launch something and face possible rejection, you can’t let the fact that no one might show up to your party stop you. Even if you are afraid, you have to put up the streamers anyway.

I’ve come to realize that the idea of scheduling bravery can work for lots of different kinds of tasks. Because so much of procrastination is rooted in fear, scheduling out tasks in a way that we get acclimated to doing them makes complete sense to me.

Here are a few more examples:

I love giving language to things that I’m already doing but didn’t previously have the words for. Scheduling bravery is definitely one of those instances.