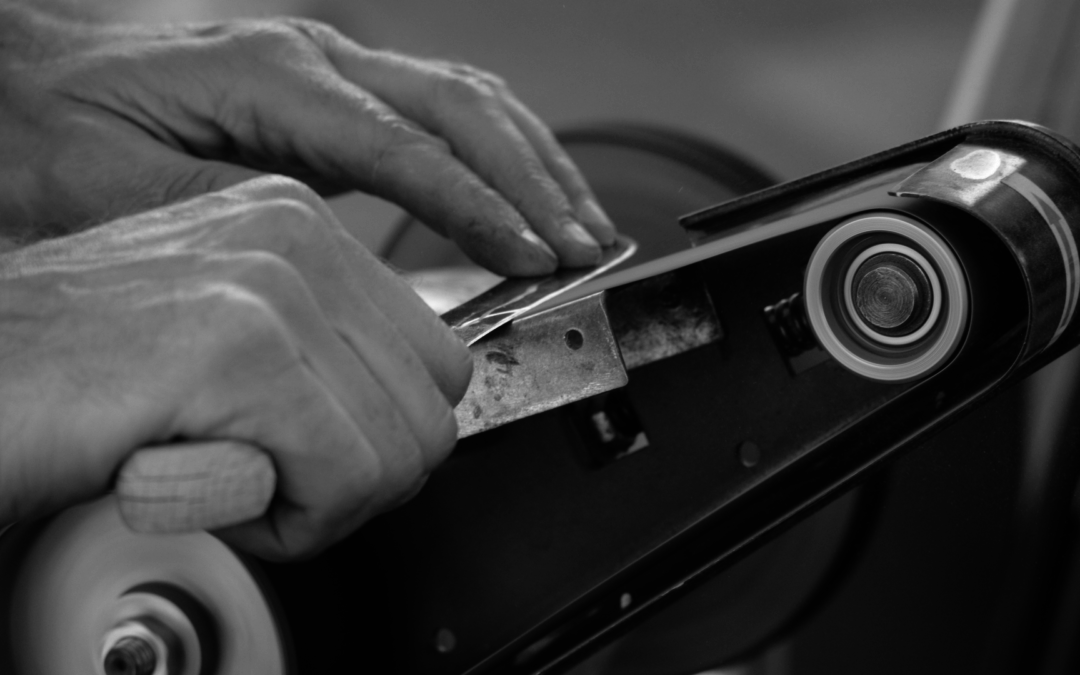 Lately, I’ve been observing some incredible devotions to craft.

It started with a couple of Netflix series. One called Abstract, which shares the stories of artists and designers, and another called Chef’s Table, which explores the lives and work of top-level chefs around the world.

At first, I couldn’t believe the level of detail and care given by each of the people who were profiled on the two shows.

The chef’s are shown using tweezers to get the placement of tiny food particles just right as they are plating dishes. They talk about the important of ambiance, creating an experience for their patrons, inviting people into their restaurants as if it is their home, and connecting food experiences to all the senses and to memory.

They want to enhance everything about the experience of engaging with their food because of their view of food as a form of art. To that end, they are incredibly detail-oriented.

Similarly, the designers and artists profiled on Abstract look to the minutest details — color, curve, typography, medium — to ensure that their vision is being communicated effectively to their audiences.

Watching these shows got me thinking about craft and, in particular, how much time and effort it takes to ensure that the idea of work as craft stays at a central place during the creative process.

The hard part about craft is that it means caring about the details in the midst of deadlines. It also means having the patience to make sure you are getting something just right.

At its core, craft is caring about the work on a deep level.

And that takes time. And energy. Both of which are often in short supply.

Craft means claiming something in your life as important enough to develop a devotion to it. To carve out the time, energy, and passion to practice that craft for years and years.

In other words, craft doesn’t happen by accident.

There are a couple of writers I love who have written about their craft in this way.

The first is Stephen King in his book On Writing. The second is Anne Lamott in her book Bird by Bird.

What I love about both of these books is how the authors talk about craft being something that develops over time. It’s a kind of practice. Something that time must be devoted to in order to deepen and mature. It doesn’t show up over night and it doesn’t come without effort.

Perhaps most importantly, they talk about how craft is demanding of us.

For the chefs and artists and designers and writers I’ve been observing, craft is living and breathing their creative lives. It’s their identity. It’s their life’s work. Craft is seen as a never-ending process and each person has shaped their life around their work.

On the surface, craft can seem deceptively simple. Like it’s just one choice to pursue your life’s work and then you’re done.

But what these shows and books have profiled with their subjects is that craft is a daily choice. An hourly choice. Over and over.

It’s a constant reinvestment in the creative life.

I’m so impressed and fascinated by these stories and they are making me reflect on my own creative commitments.

There are certainly areas of my life where I churn out product without much thought to craft. Deadlines loom and things just need to get done. Consistent creating breeds process, which can compete with the idea of craft as things become more regulated and more automated.

I’ve come to believe that one can focus on quality without focusing on craft.

Quality is more of a surface-level judgment. Craft is a deeper exploration of skill and attention. Quality can be produced on auto-pilot, but craft requires energy.

Craft is the highest standard of our work. It helps us to stretch and to grow. It demands attention to detail.

So now I’m looking for devotion to craft all around me. Who is taking a little more time to get something right? Who is focusing on the details in their work? Who is bringing energy to their creative endeavors?

I’m seeing a devotion to craft in the most surprising places and it’s motivating me to carve out the time and space in my own work.