Season 5 of the Coach to Coach Podcast has Launched! 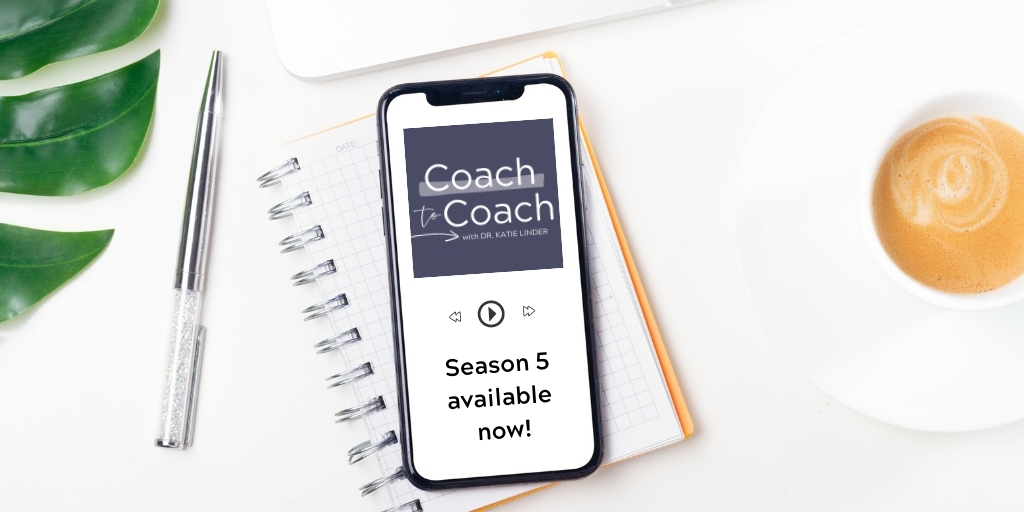 I’m so excited to share that season 5 of Coach to Coach has officially launched!

If you haven’t yet checked out this show, Coach to Coach is my podcast dedicated to showcasing the power of coaching. Each season, a new guest coach comes on the show to demonstrate a range of coaching tools and strategies.

This show is a great way to hear what a typical coaching session sounds like, as well as to hear a range of different coaching tools and strategies.

In the first episode of each season, you’ll hear an introduction to the new coach. Then the guest coach and I coach each other on real topics and issues we are dealing with over the course of the next six episodes. Each season ends with a debrief episode where we talk about how the season went and offer any updates on the topics covered in earlier episodes.

So far, you can listen to the first three episodes of Season 5:

More episodes will be released through the end of December, so I hope you’ll check out this season. The first four seasons of Coach to Coach are also currently available as well (check out all the seasons here).

Did you know I write essays each week that you can receive via email?

You can subscribe to my blog via RSS feed in your favorite reader, or by receiving posts straight to your email box each week.

Enter your contact information here to receive those blog posts via email every Friday morning.